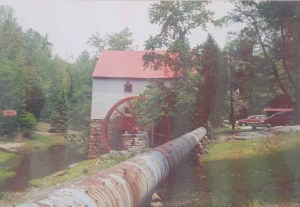 Joseph Gregory is the hero in my novella, Heart of Nantahala, one of the stories in the Backcountry Brides Collection. He is a natural born leader. At age ten and eight, Joseph left the family farm and traveled from one lumber mill to the next, learning the business and acquiring valuable skills until he had enough funds to buy his own land at twenty-four. Joseph purchased a considerable tract and built a lumber mill in Salem, North Carolina near the Moravian village. By age twenty-seven, Joseph was a successful business owner and needed to expand–and fast.

It is 1757, and the colony is thriving with new immigrants arriving each day. Demand for timber keeps growing as the need for more homes and businesses are high in demand. When Joseph hears that the owner of Nantahala Lumber Mill perished in a logging accident and his unmarried sister may sell the property, Joseph knows it could be the answer to his expansion plans. Building another mill from scratch would take time, but

buying a mill already set up and staffed would enable him to turn a profit much faster.

He sends two of his men to negotiate the purchase of the mill, but each time they return without success. That’s when Joseph decides to travel to Nantahala and meet the middle-aged spinster who continues to be an unforeseen obstacle to his plans. What he finds is a young and vibrant woman full of intelligence. Miss Mabel Walker has natural grace and beauty.

Without the protection of her deceased brother and parents, Miss Walker and her

younger sister are at risk of sabotage and deceit. Men of all ages, near and close enough to travel, are lining up and proposing marriage in hopes of obtaining her brother’s land and company. Joseph doesn’t want to become one of them. Instead, he makes her another offer to purchase her land and company, but this time, he leaves out the nine acres that include her home and ups the price, hoping it will be too good for her to resist.

In the meantime, he witnesses the danger she is in when someone tries to hurt her, and the animosity her employees have because they dislike working for a woman. As her struggles grow, so does her determination to remain independent and carry on the legacy her brother built. Joseph finds his admiration for her deepening, and he is unable to resist helping her, even if it means ditching his own expansion plans. As fortune would have it, everything turns in Jacob’s favor, but not in the way he would like. 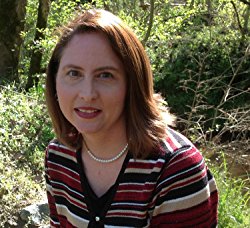