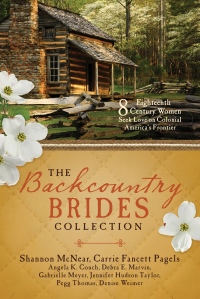 My story, Love’s Undoing, begins in what would one day become central Minnesota on the banks of the Upper Mississippi River in 1792 at a Scottish fur post. Abi is the daughter of a Scottish fur trader and an Indian mother. Henry is the second son of an English earl and has come to Montreal to make his way in the world. Early in the story, he arrives at the fur post to deliver an important message to Abi’s father, and then he must go back to Montreal with the reply. What he doesn’t plan is to take Abi with him. She longs to get away from the confines and expectations of the fur post and see what the world has to offer.

Henry was a great character to create. He has a sense of humor that kind of took me by surprise as I wrote the story. He doesn’t take himself too seriously, which compliments Abi, who is a bit too serious for her own good. Henry thinks he knows what he wants, but when he meets Abi and experiences life in the backcountry, he begins to imagine a different kind of future for himself. Henry must fight his own expectations, that of his employer (Abi’s uncle), and the only society he’s ever known. When Abi is mistreated by his employer and society, he begins to realize he doesn’t belong there, after all. Henry is handsome, strong, and confident. He loves life and helps Abi see the best in herself. He’s my favorite kind of hero. 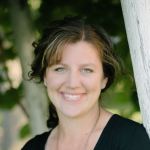 Gabrielle Meyer lives in central Minnesota on the banks of the Upper Mississippi River with her husband and four children. As an employee of the Minnesota Historical Society, she fell in love with the rich history of her state and enjoys writing fictional stories inspired by real people, places, and events. You can learn more about her and her upcoming releases by visiting her website www.gabriellemeyer.com or her Facebook page www.Facebook.com/AuthorGabrielleMeyer.

The Backcountry Brides Collection (May 2018 from Barbour Publishers)

3 thoughts on “The Hero of Love’s Undoing”